In most Balkan countries, the placement of poison baits in the natural environment has been considered a crime and an illegal activity for decades. The BalkanDetox LIFE project aims to raise awareness about the severity of this practice and build capacities among critical stakeholders to facilitate the prosecution of offenders, helping discourage the practice of illegal wildlife poisoning in the region.

Wildlife Poisoning is a Wildlife Crime in the Balkans

Wildlife poisoning has been considered illegal in Bosnia & Herzegovina, Bulgaria, Croatia, Greece, the Republic of North Macedonia and Serbia for over 30 years. In 2019, Albania followed suit, clearly defining wildlife poisoning as a crime under their legislation. Today, poison baits placed in the natural environment is well defined in the existing national legislation in all Balkan countries as strictly forbidden and punishable according to the criminal or penal code of each country. Additionally, the use and proper procedures related to the acquisition and application of various pesticides used in agriculture, which can be a significant source of unintentional poisoning, are well defined within the existing legislation. 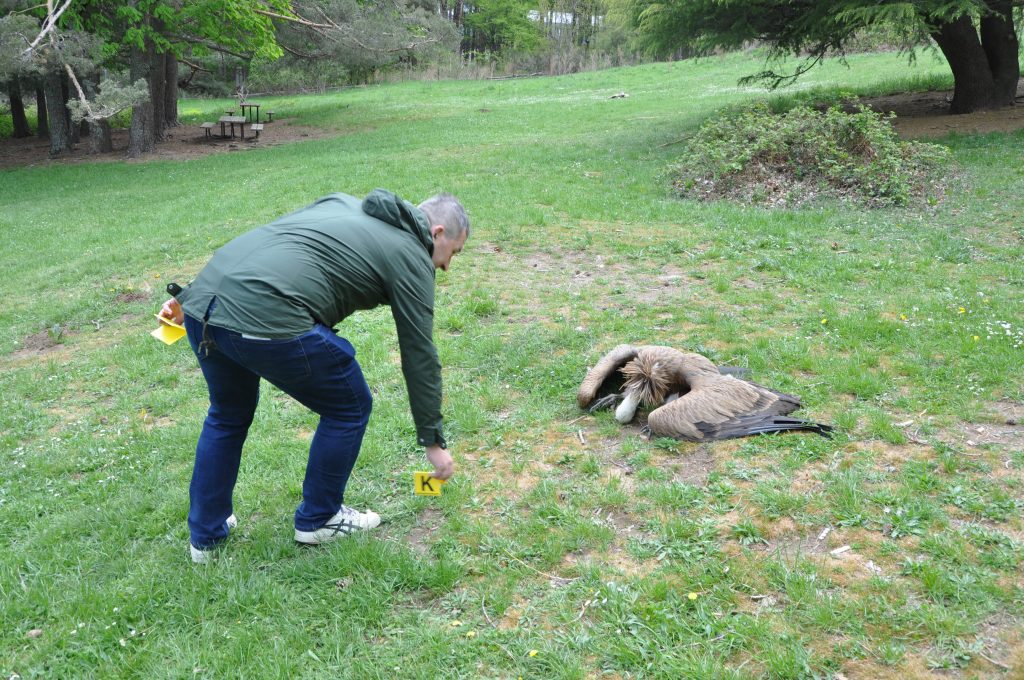 As of July 2019, the use of poisonous substances or poison baits in the environment to capture or kill animals became a wildlife crime in Albania and is prohibited by law. Due to the recent legal amendments, intentional poisoning is an administrative offence and a breach punished by prison or penal fine.

Administrative penalties in Albania concerning the use of poison baits for the extermination of wild fauna species can include a fine of 100.000 to 200.000 ALL (equivalent to 800 to 1600 EUR). According to the Criminal Code in the country, penalties relating to killing, destroying, possessing and taking specimens, parts, or by-products of protected species of wild flora and fauna can include a fine or up to seven years of imprisonment.

Wildlife poisoning and the use of poisonous substances is clearly defined in the existing legislation in Bosnia and Herzegovina as an illegal activity in all state, entity and regional laws.

The use of poisonous substances and poison baits for the purpose of capturing and killing of wildlife is clearly defined in the existing national legislation of Bulgaria as a prohibited activity.

The Bulgarian Biodiversity Act provides a sentence of up to 5 years in prison and a fine of 10.000 to 20.000 thousand BGN (equivalent to 5.000 to 10.000 EUR) for the unlawful killing or damage of an endangered species. Additionally, according to the Penalty Code, if a wild non-protected animal is affected, the minimum fine is 500 EUR and the maximum 2.500 EUR. If the species is protected, the minimum penalty is 2.500 EUR and the maximum 10.000 EUR.

Croatia has good legislation in place related to the use of poisonous substances in the natural environment, and wildlife poisoning is clearly defined as an illegal activity punishable under Criminal law.

Illegal wildlife poisoning in Croatia can result in fines of up to 4.000 EUR for private citizens, or up to, but not exceeding, 66.000 EUR for legal entities, and up to 3 years of imprisonment. The Croatian Criminal Code does not prescribe minimum penalties.

The use of poison baits has been banned in Greece since 1993, following a decision by the Council of State in which this method was deemed as an illegitimate and non-selective means of controlling so-called "vermin" species (wolves, foxes, etc.). Many changes in the relevant legal framework have followed since then, with a wide range of laws expressly banning the use of poison.

When species of wild avifauna are illegally poisoned in Greece, penal actions can include a fine of 100 to 300 Euros and a one-year jail sentence. Furthermore, additional administrative sanctions can be imposed when necessary, such as withdrawal of hunting license and confiscation of gear. However, when pets are poisoned, the national legislation foresees much heavier penalties, which can include incarceration of up to ten years, and a fine that can sum up to 50.000 EUR.

The Republic of North Macedonia has overall good legislation in place related to the use of poisonous substances in the natural environment, where wildlife poisoning is clearly defined as an illegal activity punishable under Criminal law.

According to both the Hunting and Nature Protection Laws, when the use of poisonous substances results in mass losses, local exhaustion or serious disturbance of species’ populations, relevant offenders can be fined between 1.500 to 3.000 EUR in the Republic of North Macedonia. According to the Criminal Law, hunting for mass killing can result in financial penalties or up to three years in prison. Furthermore, under the Criminal Law, people who store, disintegrate or keep hazardous waste, including illegal toxic substances, can be penalized by a prison sentence from one to five years

Serbia has good national legislation in place related to the use of poisonous substances in the natural environment, where wildlife poisoning is clearly defined as an illegal activity punishable under Criminal law.

The criminal offence of killing, torturing or injuring animals, especially in the case of protected species, is punishable by a fine from 10 to 10.000 EUR (for one individual) or imprisonment for up to three years. The Serbian criminal code does not prescribe minimum penalties.

Currently, capacities and law enforcement related to wildlife and environmental laws hold very low priority in most Balkan countries, so there are almost no convictions for wildlife poisoning or minimal sentences are executed. The BalkanDetox LIFE project aims to shift this approach. The project will carry out the necessary educational work to stress the severity of wildlife poisoning and wildlife crime in general to help make it a pressing matter. At the same time, the project will train and transfer best practice from European countries such as Spain, who are experts and experienced in dealing with these issues, to strengthen institutional capacities in the Balkans.